Visit of Embassy of Norway interns from the CEE region 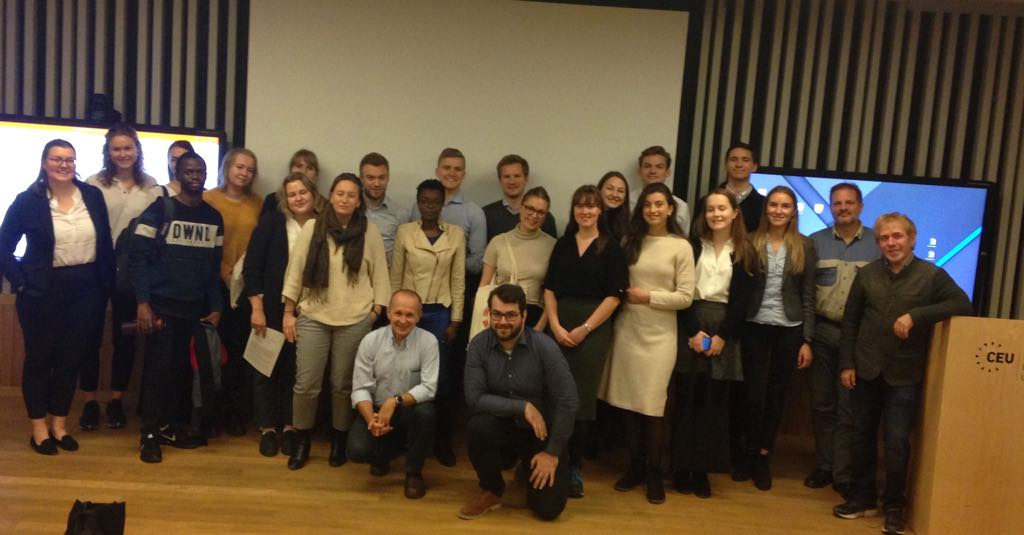 A group of 17 interns from Norwegian Embassies in the Central/South Eastern European region visited our department on November 21, 2019

The Norwegian Embassy in Budapest hosted a conference for all Norwegian Embassy interns from the Central and South-Eastern European region, including the embassies in Turkey and Austria. Interns were mostly students of law, politics, international relations, public administration and history, both at universities in Norway and abroad, doing an internship at the embassies as part of their studies. The internships are a way for Norway to raise awareness about the foreign service and diplomacy, as well as a way for students to learn more about foreign relations and public administration. The  interns write reports, manage social media, attend events and briefings and everyone has to write a longer report about their learning outcomes. They visited the department to learn about our programs and research of global, regional and Hungarian relevance.

We found this as a great opportunity to cultivate connections with the Embassies of Norway, to meet potential new students, and to spread the word about our research.

During the visit we provided an overview of our academic programs and research. Professors Laszlo Pinter, Brandon Anthony, Aleh Cherp and Michael LaBelle took part with short overviews of the department, academic programs and research on wildlife management and biodiversity (BA), political feasibility of achieving global climate targets (AC), energy cultures in Eastern Europe (MLB) and the intellectual history of the Global Environment Outlook (LP). These were followed by interventions by Trizer Omugar (MESP), Rimante Balsunaite (MESPOM) and Eszter Matyas (PhD) who spoke about their  experience with our academic programs from the student perspective.

We noted the importance of internships in education, pointing to the MESPOM internships and MESP environmental practicums in our program.
Category:
News
International Network