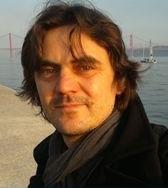 Dr. Richard Filcak, graduated in 2007, is a researcher at the Institute for Foresight Studies/Slovak Academy of Sciences.

Richard Filcak has extensive experience as a researcher, as well as development and NGO projects coordinator working in Slovakia, Czech Republic, Balkan and former Soviet Union regions. In general, his work and research interests are focused on environmental and social policy development in the transitional countries of Central and Eastern Europe - with particular attention and social and territorial exclusion leading to the exposure to environmental risks and vulnerability of the people.

He recently published book about actors and conflicts in environmental policy and he is finishing his book Living beyond the pale: Environmental justice and the Roma minority in Slovakia (to be published in 2012). He is currently researcher at the Institute for Foresight Studies/Slovak Academy of Sciences, where he focuses his research on the poverty - environment nexus and copying strategies of people vis-à-vis Global and local environmental and socio-economic changes.